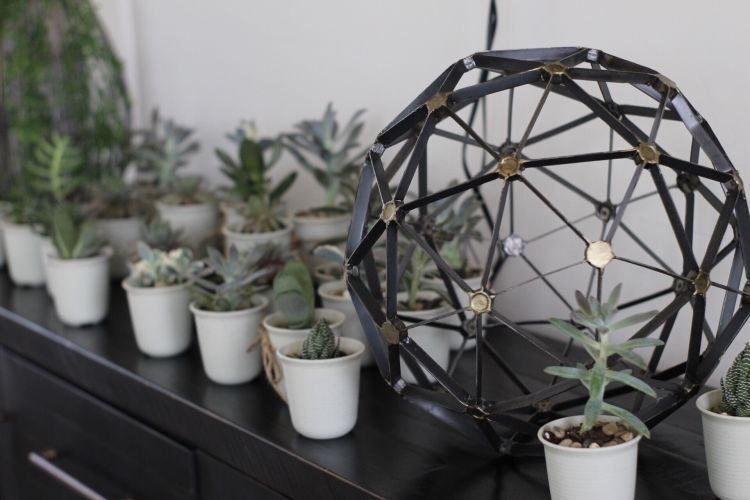 Shop My Outfit From The Baby Shower: Dress//Earrings//Necklace

As I shared last week, we had the best time at our natural themed baby sprinkle! My awesome hostesses did such a good job with all the food and fun baby shower games that we ran out of time to do them all!

Since many of you messaged me asking about the games we played after seeing videos of the shower on IG stories, I thought I would share those with you in a whole separate post! My friend Elise came up with so many different ideas! 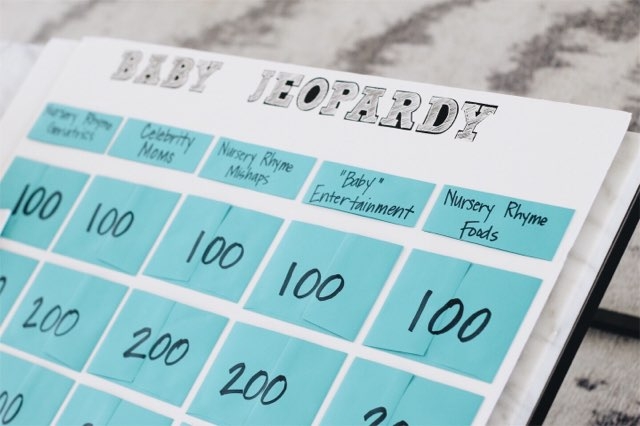 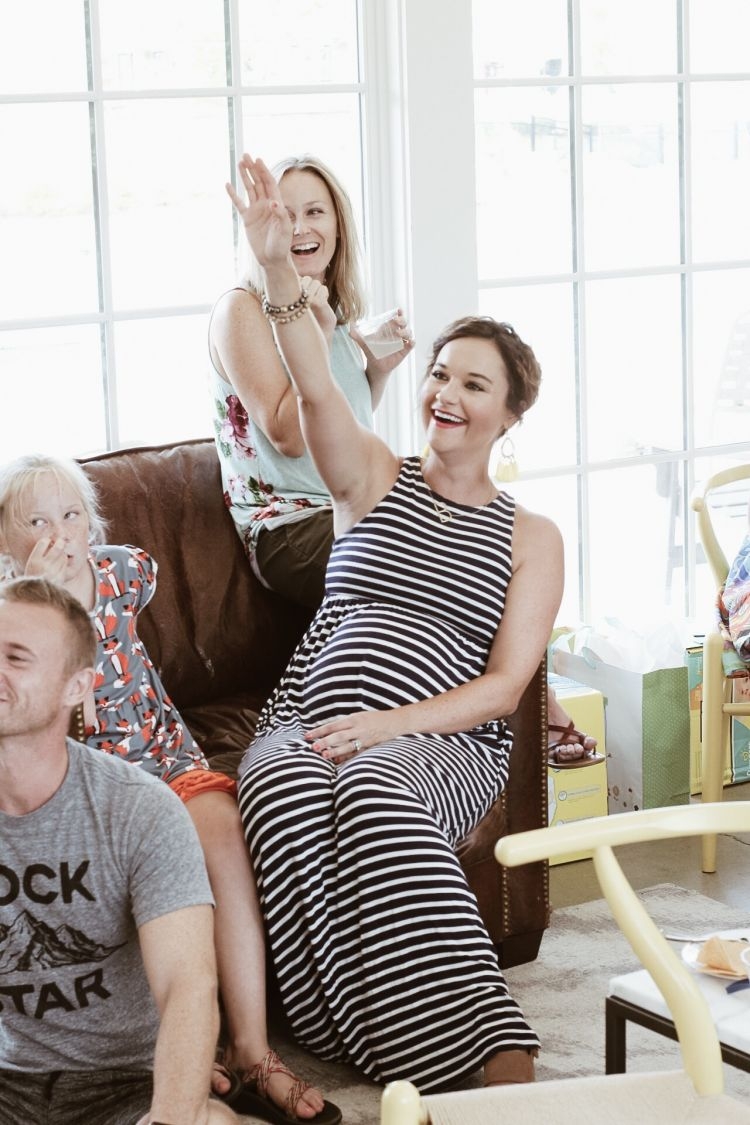 Use envelopes with index cards inside with the questions to create your jeopardy board. Divide the room into teams and have each team give themselves a name. Have a second board for keeping score.

The Mom’s team gets to go first picking a category. First team to raise their hand gets to answer. Correct answer adds the category number of points, wrong answer deducts. Then the person who answers chooses next category.

Final jeopardy round – give everyone two sheets of paper. Team must make their bet (max bet is the amount team has earned in regular game). Then read question aloud and give everyone a set amount of time (like 30 seconds) to write answer down. 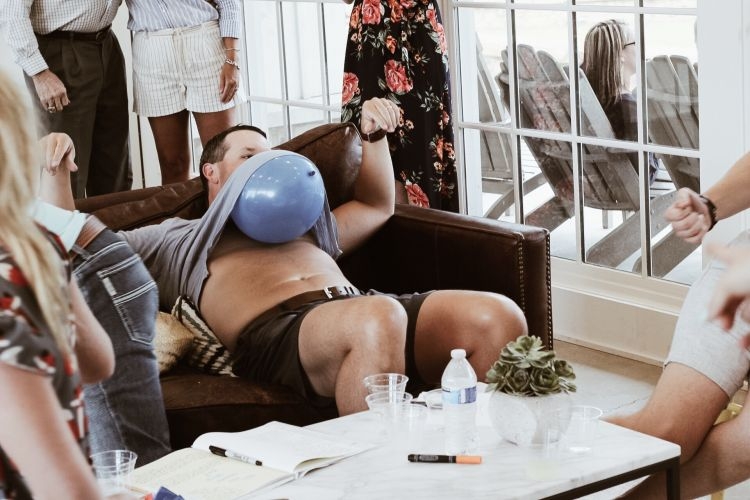 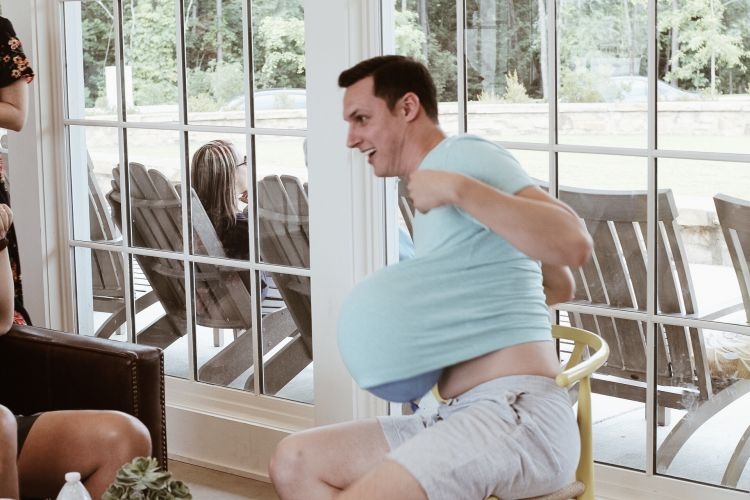 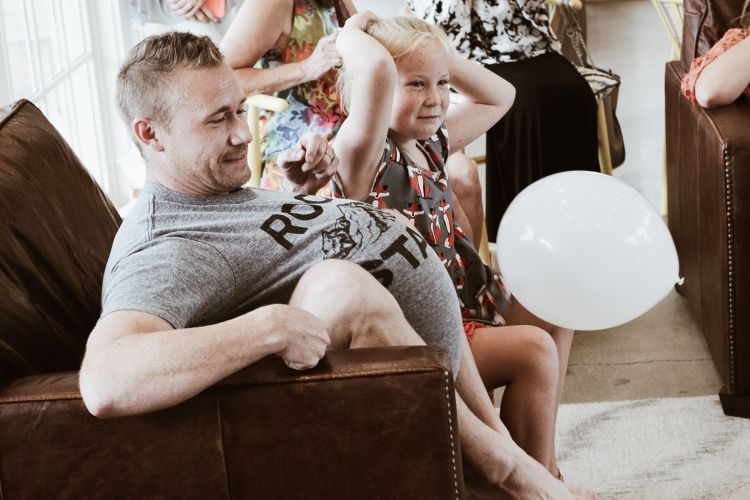 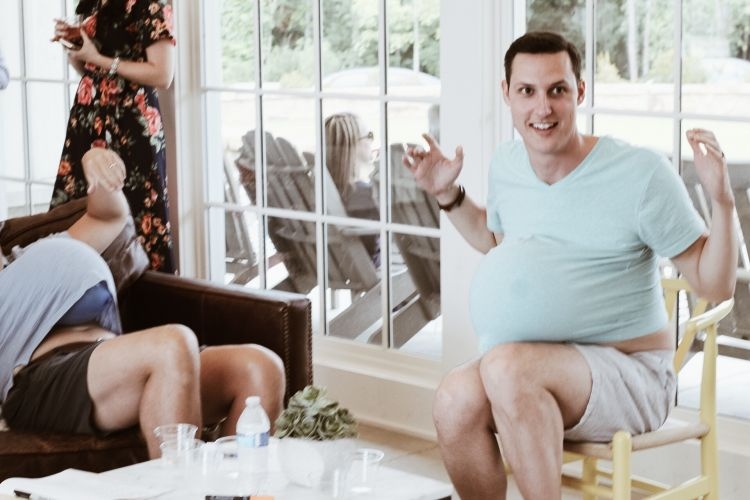 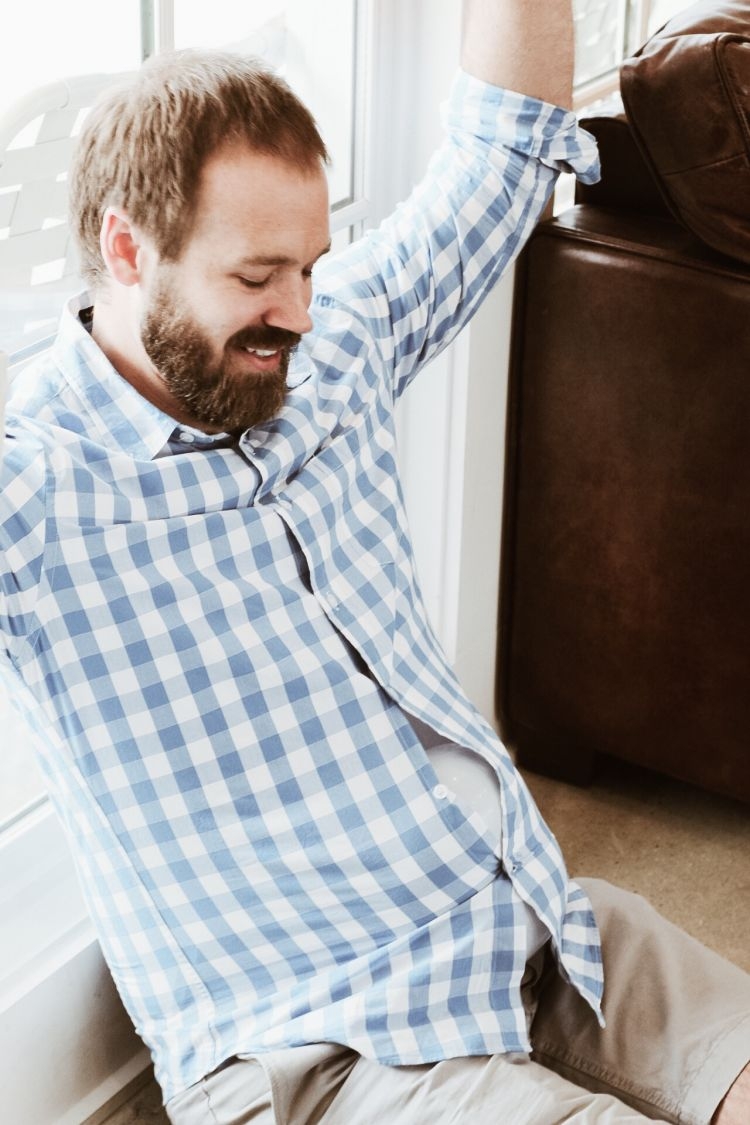 Hand each man a balloon to blow up. (Don’t give any instructions on size or what they will do with it). Then have them put their balloon under their shirt, sit down and then give instruction to work the balloon out from under their shirt without using their hands at all. This was one of the biggest hits of the baby shower! People were dying laughing at the antics the men used to get the balloons out! 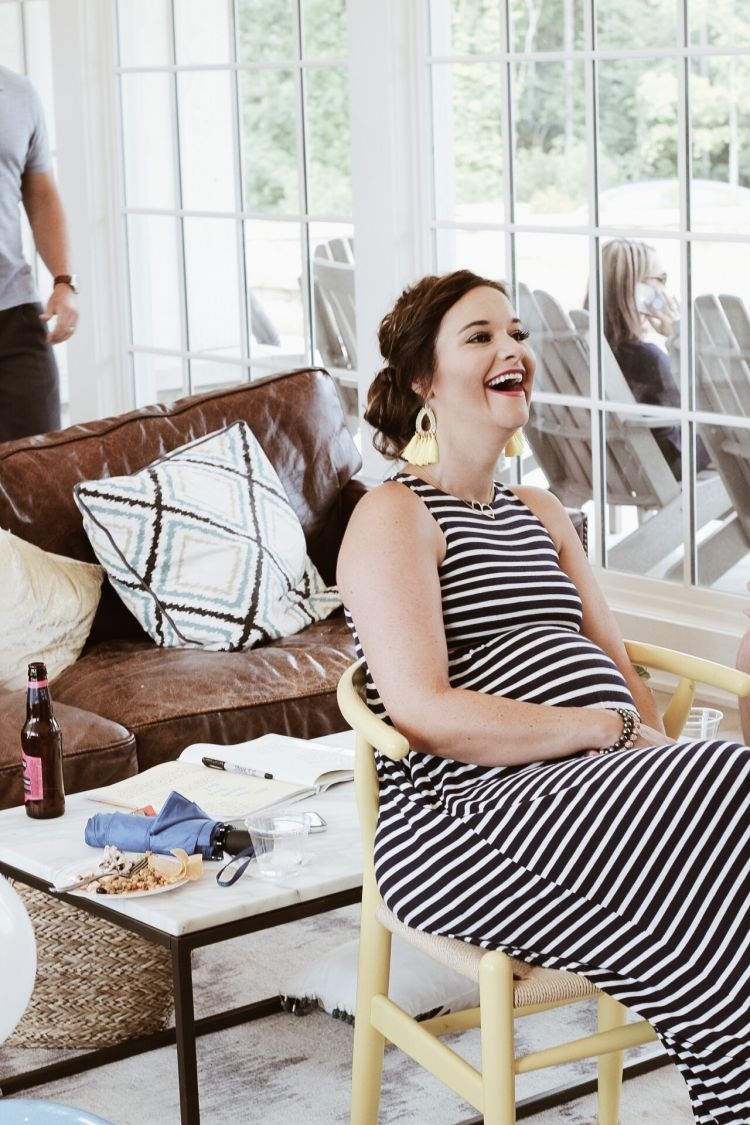 Have stuffed animals and blind folds to do a blindfolded diaper relay with teams. This is a good ice breaker game! 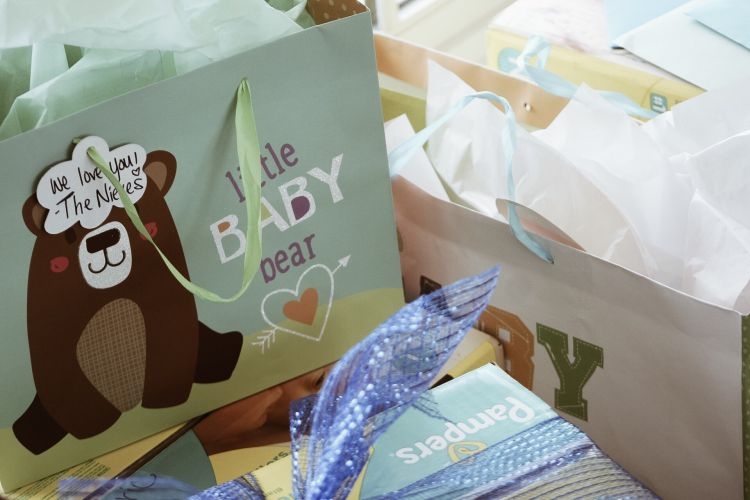 We had nipples and chopsticks for a game—Like bottle replacement Nipples. Pair up, and play like that egg toss game where each time you catch you take a step backwards. One team mate puts chopstick in between teeth. The other tosses a nipple for teammate to catch onto the chopstick.

I had applesauce, spoons and blindfolds. Pair up, and both teammates are blindfolded. One is the “mom” and one is the baby. Set the timer and feed the entire applesauce to the baby within one minute. Fun to have several teams going/racing at once!

Get small mason jars or baby food jars and either ping pong balls or quarters and divide into teams.

Line up a bit away from the jar. With a balloon under shirt and the ball or quarter between your knees, you must waddle, hop or somehow maneuver to the jar without dropping object from knees or balloon from shirt, then once at the jar, squat to drop object into the jar. 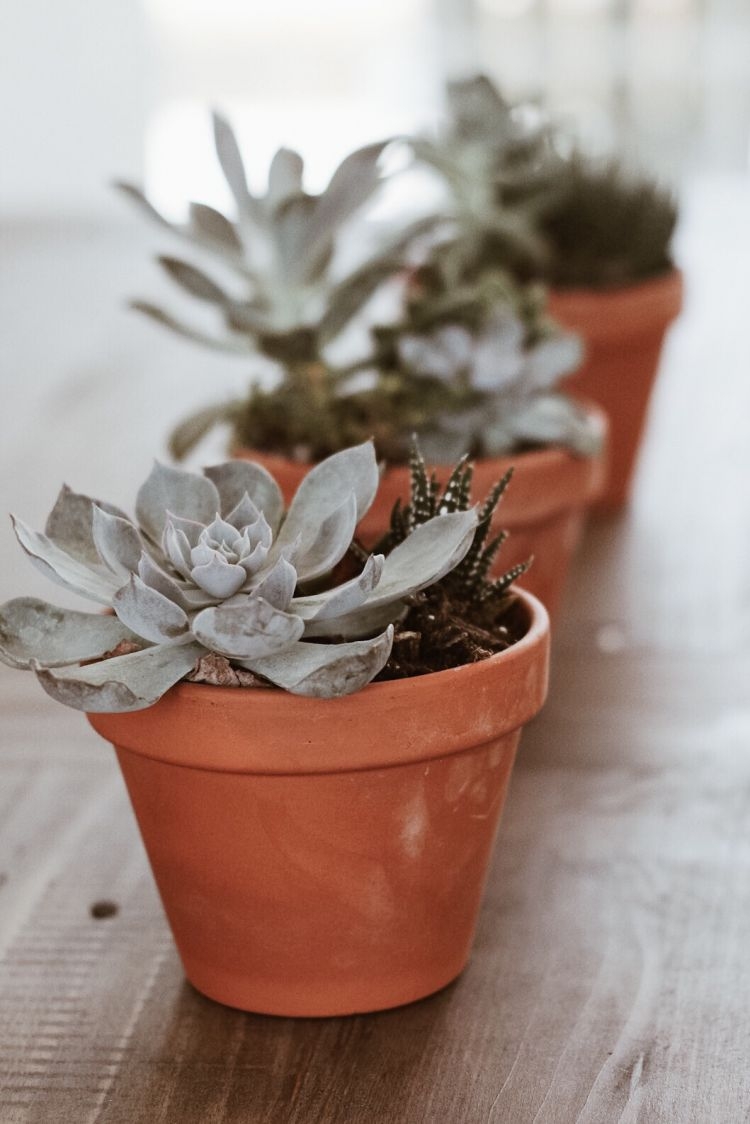 Have your pregnant guest of honor come down to the front and set a timer for 2-3 minutes. Ask her as many yes or no questions as possible in rapid fire succession and the goal is for her not to say yes or no. You can make it be like chubby bunny and every time she says a yes or no, she has to have a marshmallow if she’s a good sport about it.

What are the most fun baby shower games you’ve played? I’d love to hear in the comments below! 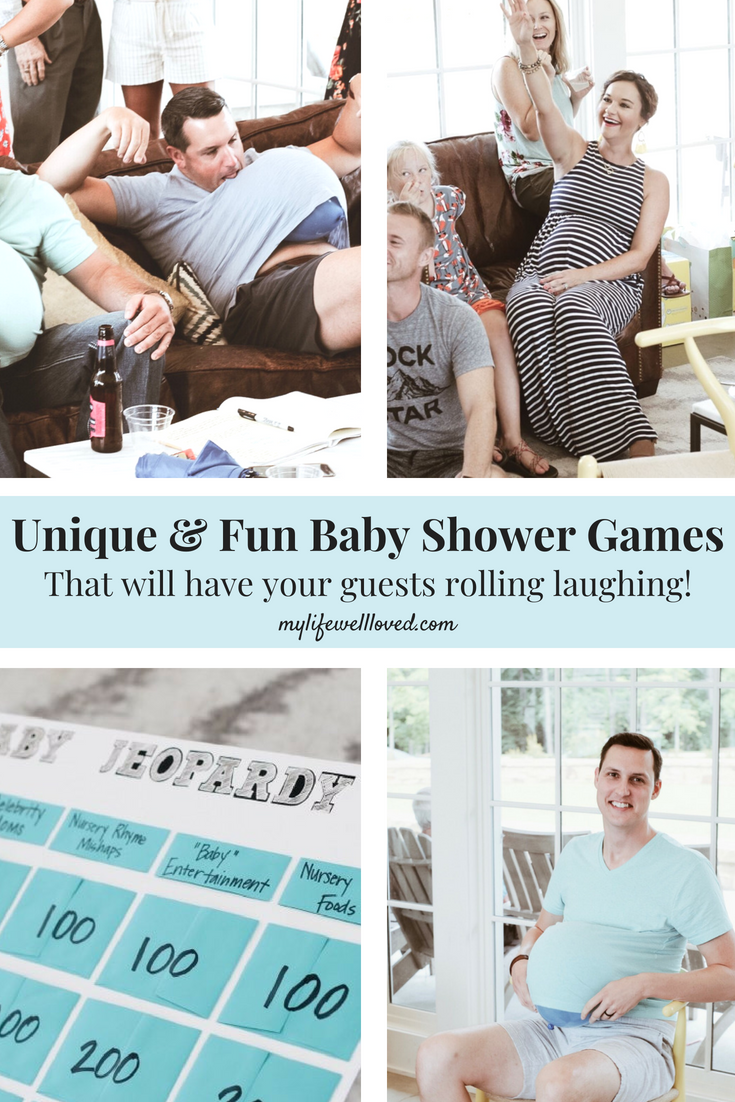 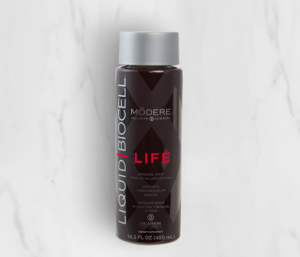